The overall business climate shows great opportunities despite the challenges facing our economy.

At GTP we’ve made some changes, with more on the way, as we continue to grow, innovate and evolve to meet tomorrow’s challenges.

We bid farewell to Hannes Badenhorst, a loyal and loved member of the GTP family since 2016 and to Jeanett Mosala.  We wish her and her new husband all the best as they embark on an exciting new adventure.

We look forward to several improvements we’ll be launching in 2019 aimed at creating value that will not only bring greater ease of doing business, but help drive your business to new heights in 2019. To enhance the value and quality of our service, we are implementing a new software solution that will speed up processing, deliver real-time insights as well as give you access to a wide range of new capabilities.

LET’S BE REALISTIC AND POSITIVE IN 2019 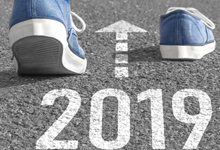 “The pessimist complains about the wind; the optimist expects it to change; the realist adjusts the sails” (William Arthur Ward)

As we wind down from a challenging year, perhaps it’s a good time to reflect on how we can make sure that 2019 is a year of positivity and recovery for South Africa.

Most of us are pessimistic about South Africa’s future and see the problems our country faces as too difficult to fix. This is a global phenomenon and you could poll people from the USA to China and get a similar response. Curiously, most people are optimistic about their own future and see the next five years as better than the last five.

Are our large problems insoluble?

We view the problems South Africa is facing as too big to get to grips with. Worse they seem to mount – in the last few years we have had state capture, load shedding, economic recession to name a few. It’s as though we are experiencing the waves of a tsunami – the waves just pile up until we feel overwhelmed.

One of the interesting things about global research on this topic is that it shows that the more understanding we have of the problems, the more optimistic we feel that there are solutions to these difficulties. In other words if we are aware of these problems and have given them some rational thought, then we know that if we seriously apply our minds to these issues we can find a solution.

Empirical evidence tells us this is not so far-fetched.  For centuries we thought the Protestant v Catholic situation in Northern Ireland would drag on for ever and not be solved. Yet it was. The same with South Africa in the early 1990’s – civil war seemed inevitable but we negotiated our way out of this seeming dead end.

The South African economy is three and a half times bigger than it was in 1994. At least eleven million people have come out of dire poverty due to social grants. Millions of houses have been built, most people now have access to running water and electricity. These are concrete advances, yet, as noted above, we see issues such as load shedding as absolutely insoluble. The reality is that if enough people focus on each of these issues, they will come up with a solution.

Away with the clutter

Let’s concentrate on the big issues as we did in the early 1990’s. We need to change our pessimistic mindset into a positive outlook. With a change of attitude, we can make inroads into our problems.

At the moment, we have one urgently pressing problem – the economy. The good news is that looking at how keen private enterprise is to help solve this issue, we are on the right road.NOTE FOR ACCOUNTANTS:  See the following articles:

“Things are bad and getting worse, or are they? The case for positive leadership” on BizNews.

“SA is better than you think — Adrian Gore explains why” on TimesLive. 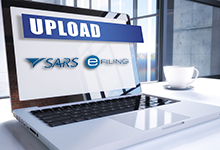 SARS have instructed that taxpayers on eFiling need to submit supporting documentation as follows:

Finally, if you receive a message like “The document cannot be converted” then print and rescan the document.NOTE FOR ACCOUNTANTS:  SARS’ website has a good explanation on its  “Uploading of Supporting Documents (Relevant Material) on eFiling” page. 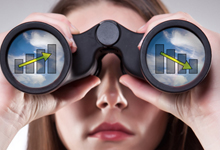 The new Minister of Finance didn’t have much time to prepare for the Medium Term Budget Speech (MTBS) but he carried it off well.

The MTBS is a three year outlook for the government budget and was introduced by Trevor Manuel to increase transparency into our budgeting process.

For the last nine years, Treasury has fought hard to keep the budgeting system credible. It is the major reason why South Africa has averted the country sinking into outright junk status and joining the downward path of countries like Venezuela.

Yet there has been slippage – several years ago we never planned that our budget deficit to GDP (Gross Domestic Product or the sum of all the outputs of the economy less the inputs or costs) ratio would rise to over 4% or that the Debt to GDP ratio would exceed 50% (i.e. the net indebtedness of government borrowing to GDP).

In Minister Mboweni’s budget these figures are breached – the budget deficit will rise to 4.2% of GDP in the MTBS and the Debt to GDP ratio will reach over 56%.

Two of the major rating agencies have put the country on junk status. Only Moody’s have kept South Africa on an investment rating. Should Moody’s cut us to junk status (and they will decide in December) we can expect a large capital outflow of at least R150 billion as major financial institutions will be forced to offload South  African bonds. This will cause the Rand to depreciate with consequent adverse impacts on inflation, investment and economic growth.

What will Moody’s do in December?

Moody’s have already indicated that they view South Africa’s rising debt as alarming. Like other rating agencies, they also carefully watch how we are managing our State Owned Entities (SOEs) and whether we have a believable plan to put the economy on a growth path.

These are important as the SOEs carry substantial debt, the bulk of which is guaranteed by Government. Eskom for example has R350 billion in debt of which over R200 billion is subject to Government guarantee.

Economic growth is significant as you can only cut costs for so long and the best way to solve economic problems is to show strong economic momentum. At the moment we are growing at 0.7% versus global growth of 3.5%.

In both these areas, the Government has a credible story to tell. The new Minister of State Enterprises, Pravin Gordhan, has replaced non-performing SOE Boards with new experienced leaders and has been putting in governance structures to stifle corruption.

President Ramaphosa recognises the need for economic growth and has devised a  plan which focuses on reigniting the economy.

The main elements of the President’s growth plan are:

Generally, the markets have reacted favourably to these initiatives. The key will be Moody’s response in December when they decide if we will descend to outright junk status. It seems likely that Moody’s will give the country time to see how the Budget progresses and how the President’s economic recovery will do – let’s hope so.NOTE FOR ACCOUNTANTS:  Much has been written on the MTBS and the President’s economic plan:

“Mini budget in a nutshell: Mboweni takes bull by the horns” on News24.

CHANGES ARE COMING TO THE COMPANIES ACT – BE READY FOR THEM 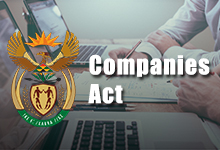 Cabinet has approved the most wide ranging amendments to the Companies Act (the Act) since its launch in 2011.

Some of the important issues are briefly highlighted below. They are of course only proposed changes at this stage, published for comment and therefore subject to alteration (the comment period closes on 14 December). But take note of them now and if any of them are likely to impact your business significantly, ask your accountant for advice on how to prepare for them.

For other articles on the draft amendments see:

“The big five amendments proposed by the Companies Amendment Bill, 2018” on the ENS website. 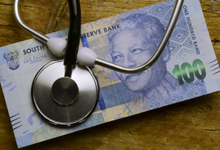 Taxpayers and tax practitioners have in recent months been surprised to find their medical claim tax credits queried by SARS. Up to this year the processing of the tax credit has gone smoothly.

To many taxpayers such as those with disabilities, pensioners and lower income taxpayers their tax credit is significant.

What is SARS querying?

According to tax practitioners SARS has begun to ask for documentation (invoices and proof of payment) for out-of-pocket medical expenses shown on the Medical Aid tax certificate.

How to avoid problems

SARS denies it has changed the way it assesses the tax credit and the reason why there are problems is that taxpayers are claiming expenses over and above those shown on Medical Aid tax certificates. In these cases SARS is asking for documentation to substantiate these additional claims. The reason why it has cropped up this year is that, for the first time, SARS is populating taxpayers’ returns with the information received from Medical Aids. If the claim by the taxpayer does not agree with the Medical Aid certificate, then SARS will seek to verify the taxpayers’ claim.

Keep abreast of what SARS is doing and plan accordingly. Make sure that you keep all documentation and be sure you can justify medical expenses claimed over and above what your tax certificates show.NOTE FOR ACCOUNTANTS:  These Moneyweb articles explain the issue well: 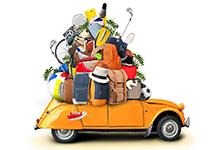